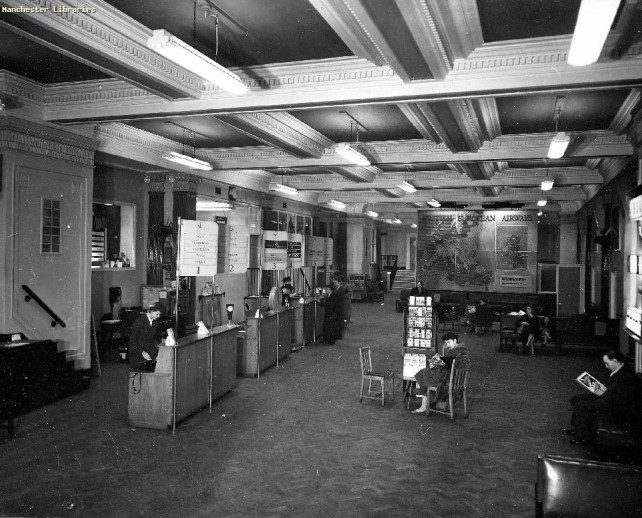 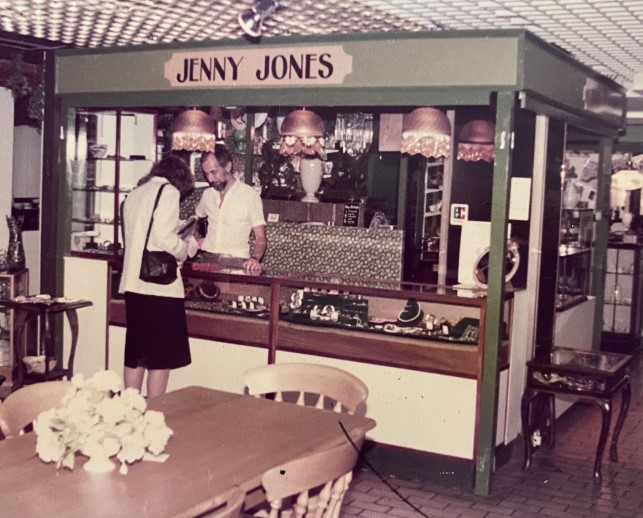 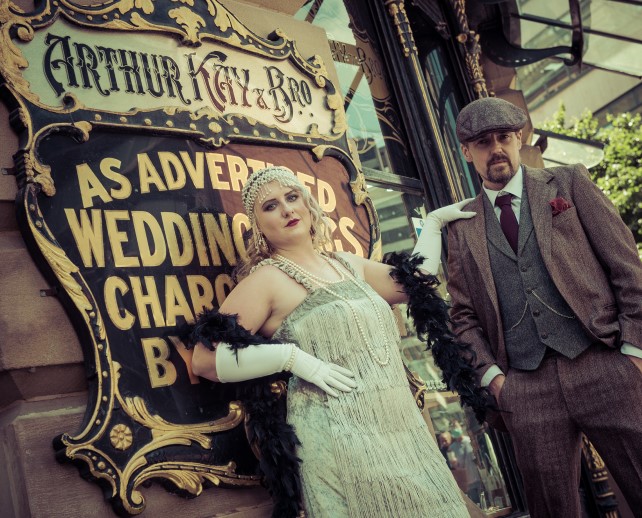 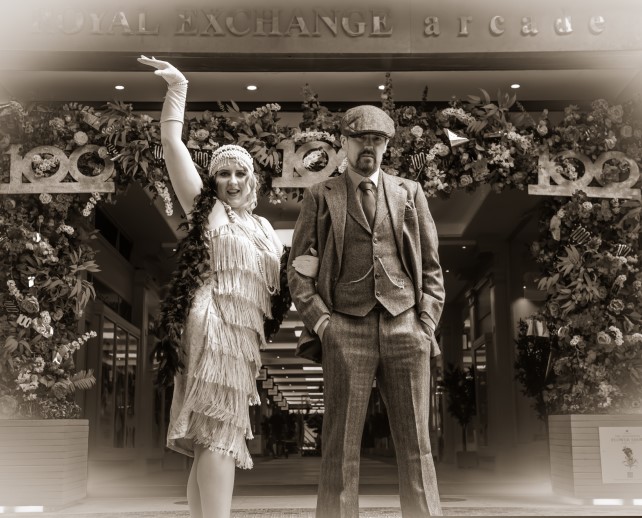 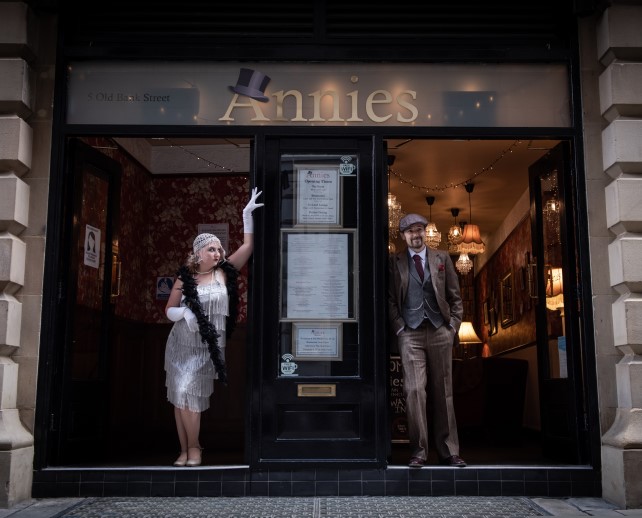 100 years of The Royal Exchange Manchester: History and memories

To celebrate this centenary we thought we’d share some key pieces of history, a couple of memories, and one or two things you might not know about The Royal Exchange Manchester.

Having undergone many changes over the last century The Royal Exchange is now home to a unique collection of independent boutique shops, premium high street brands, and health and beauty outlets.  There is a choice of cafes and restaurants, catering for a range of tastes and dietary requirements and it’s also home to the much-loved Royal Exchange theatre, which recently marked its 45th birthday.

Jenny Jones Jewellers is the longest standing tenant in the Arcade. The family-run jewellers began life over 40 years ago as an antiques stall in the basement of the building and re-located to the Arcade following the refurbishment after the 1996 bomb.  There’s also Arthur Kay Jewellers which opened before the extension. It is the oldest shop at The Royal Exchange having been in the building for over 120 years and is distinguished by the original advertising signs outside the shop which date back to 1901.

Food and drink options at The Royal Exchange include Annies, a delightful traditional tearoom and restaurant owned by Jennie McAlpine, who plays popular character Fizz in Coronation Street, along with husband Chris. Annies has been at The Royal Exchange for ten years, but its style and décor gives it a perfectly fitting cosy yet cool 1920’s vibe.

The first Exchange on the current site was built in 1809 and was granted its Royal status by Queen Victoria following her visit in 1851.  The original Royal Exchange was demolished and the current building constructed between 1867 and 1874.  At its peak, the membership of 11,000 cotton dealers and manufacturers trading from The Royal Exchange earned the city the name Cottonopolis.

If you venture regularly down Old Bank Street, or frequent Corbieres wine bar, you’ll probably have seen it a million times and never taken any notice; a shuttered doorway just off St Ann’s Square which leads down to an underground carpark. However, beneath the concrete of the carpark is ‘the hovel’; once a cobbled service road and stables for horse-drawn carts that runs beneath The Royal Exchange Manchester.

The hovel dates back to 1921 and legend has it that it was once connected to a whole network of underground roads, tunnels, and rooms across Manchester.

The largest room in the world

The Great Hall was once even greater; it was twice the size and known as the ‘largest room in the world’.  Until the Second World War, when the building took a devasting hit during the Manchester Blitz in 1940, the immense space was one of the world’s centres for cotton.

Reduced in size, the Hall was repaired and trade continued until 1968.  The space is now home to the Royal Exchange theatre and if you look up, you can still see the original trading board with the day’s closing figures.

Back in the 1950s, The Royal Exchange had a check-in terminal for Manchester airport.  The terminal was located on the Cross Street side of the building and passengers would check in for their flights and then board buses that would take them directly to the airport.

If you want to take a trip back in time, the space is now occupied by Sostrene Grene, the danish homeware and gift store.

People remember the eclectic mix of stalls, shops and cafes over the years in the Royal Exchange. including the basement where traders sold everything from antiques and jewellery to confectionery to clothes.

People on social media have also been reminiscing over names and places they enjoyed frequenting, such as Mary Rose Café, and the Danish Food Centre, as well as remembering the books stall, art gallery and stamp shop amongst the clothes and jewellery stalls. It’s also rumoured that Victoria Beckham had her nails done in the nail shop and Tony Wilson regularly stopped with his dog for a coffee outside the café at the end of the Arcade.

The basement stalls were sadly closed after the destruction caused by the IRA bomb. Following its refurbishment, the space was subsequently occupied by Brannigans, which quickly became one of the most popular basement bars and nightclubs in Manchester.  Accessed by a door at one end of the Arcade, and home to the longest bar, Brannigans shut down in the 1990s and is still sorely missed by many.

No building of such an age can get away without talk of ghosts and The Royal Exchange is certainly no exception.  According to the management team, a lady called Mary worked at The Royal Exchange Manchester in the Victorian Edwardian era and had arranged to meet up with her beau one evening, but he failed to turn up.  It is believed Mary was so broken hearted that she hurled herself from the roof to her death.

As with most ghost stories, facts are hard to come by, but many people have experienced Mary’s presence in the main building.  Commonly, people smell a sweet perfume wafting down the corridors near the toilets Mary used to use, usually very late at night or early in the morning when no one has been in the building. Her presence is often felt by staff and contractors. It’s felt that she’s a lovely ghost who never scares, just lets you know she’s there.

Peter Glover got in touch with us; he used to work in the building many years ago and wanted to share this memory:

“In 1982 my friend, Gail, got a part time job working in the box office of the Royal Exchange theatre, with access to cheap stand by tickets.

In April 1982, The Nerd starring Derek Griffiths had its European Premiere at the Royal Exchange. Gail asked me if I’d like to go as she had a “free” ticket. Although not being a theatre goer, any free night out is always worth accepting.

I didn’t know the Royal Exchange was “theatre in the round” and found myself on the front row on what appeared to be a sofa for two. As the play started I presumed the person next to me hadn’t turned up.

About a minute in Derek Griffiths came onto the stage and plonked himself next to me on the sofa and started performing his role. As a shy person it was the longest couple of hours of my life!”

Those of a certain age may remember the ‘Here’s Harry’ TV programme in the 1960’s and 70’s. The opening sequence shows Yorkshire comedian Harry Worth doing his famous window scene, something that became known as ‘doing a Harry Worth’ and copied by many a young (and older!) person over the years. The window in question belonged to the Hector Powe’s shop at The Royal Exchange, which is now Moss Bros.

Unfortunately we don’t own a clip of the video but if you google Harry Worth window scene, this will all become clear.

So here’s to the next 100 years of memory making at The Royal Exchange Manchester!  Please do keep sharing your stories and photographs.  And don’t forget to tag us in@royalexchangemanchester on Facebook and Instagram,  or @TheRoyalExMcr on Twitter.