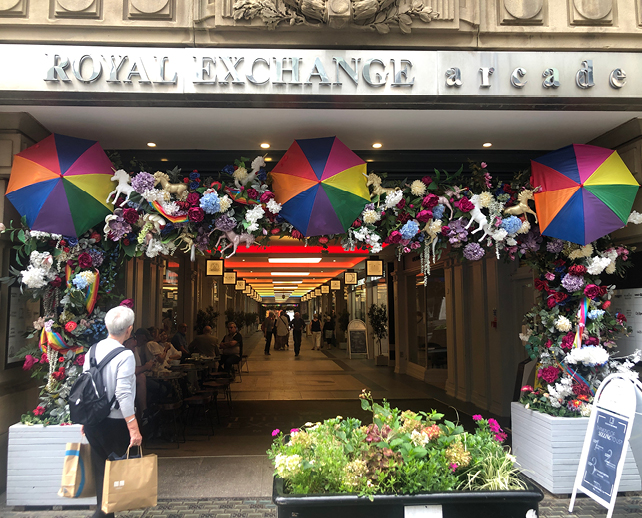 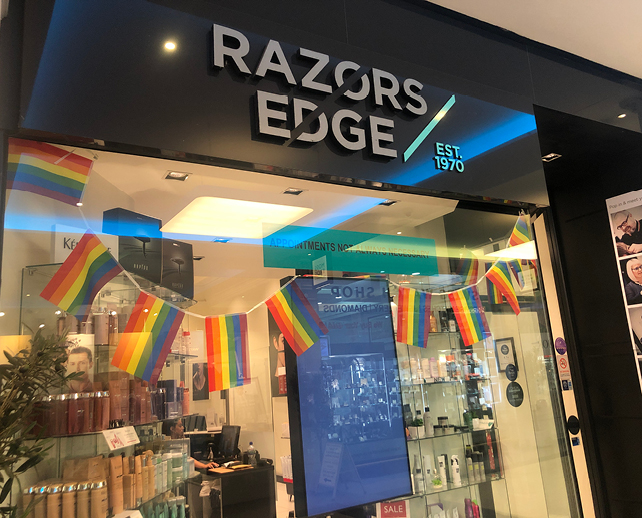 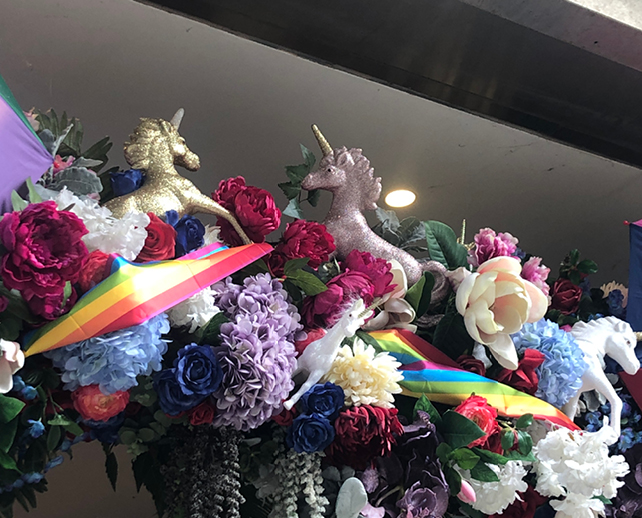 If you’re coming into Manchester for Pride and bank holiday celebrations this weekend, be sure to pop by The Royal Exchange building for face painting, live music, special offers and free prosecco!

The Royal Exchange is taking part in the city centre’s Proud Exhibition, running until 4th September, with two story-telling exhibits on display; one in the window of the main reception facing out on to St Ann’s square, and one in the Cross Street reception window.

The exhibition is already gathering lots of attention, and Manchester has heaps more planned for the bank holiday Pride weekend.

To add to the weekend’s celebrations, on Saturday 27th August, between 1pm – 4pm The Royal Exchange will have free face-painting in the Arcade, where you can choose a colourful rainbow, or something as equally sparkly and fun, as you enjoy the buzzing atmosphere that Pride usually brings to the city centre. This will be accompanied by a roaming saxophonist in the Arcade, plus our French Connection store will be joining in the festivities with complimentary prosecco on the day.

In addition to the complementary prosecco, there will be other offers around the building over the weekend including:

Between 26th – 29th August L’Occitane will be offering complimentary hand & arm massages in store, plus there’s a special offer of a free Travel collection when you spend £65 on the day.

Molton Brown are holding a friends and family event, with 20% off in store between 26th – 29th August. Don’t worry if you aren’t a member of their Friends & Family membership, you can sign up on the day and you’ll qualify for the offer

As has become tradition now, The Royal Exchange Arcade arches have been decorated with colourful rainbow flags, umbrellas and unicorns and there’s rainbow themed lighting along the Arcade. You’ll also find rainbow flags and decorations across a number of stores.

We hope to see you there!