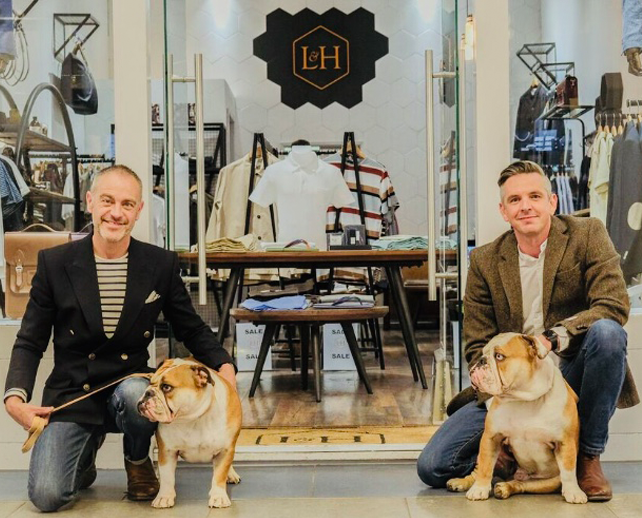 The shop, owned by partners Phil Lanigan and Neil Hulme, has been nominated for Best New Retailer in the Drapers Independent Awards. Their predominantly British-made and quality timeless collections have captured the city’s imagination since doors opened in the autumn of 2017.

Drapers, the leading trade magazine for the fashion industry, will announce the winners at a lunchtime awards ceremony in London on 11 September. Lanigan and Hulme were encouraged to enter by suppliers back in February and the boutique store has now been shortlisted for the coveted prize.

Manchester-based Phil and Neil have introduced a one-stop shopping experience with a social feel, where customers who share their passion for quality and style can check out clothing, footwear and accessories, enjoy a drink and benefit from the guidance of friendly staff.

Another Arcade-based retailer to enjoy recent success is jewellers Diamond Heaven, renowned for its stunning selection of diamond jewellery and engagement rings. The team at Diamond Heaven were proud to collect the Best Wedding Jeweller accolade at the National Wedding Awards held in July.

Meanwhile Vertigo, the plant-based eatery based on the Cross Street side of the building, has grown so rapidly since opening at The Royal Exchange earlier this year that it’s now expanding and will be unveiling a second property in the city centre soon.

The Royal Exchange Manchester has undergone many changes in recent years, and it is now a thriving hive of independent boutiques, premium high street brands and delicious cafes and eateries to suit all tastes.  There’s even more to come, with a number of new stores opening in the second half of 2019 – details to be released at a later date.