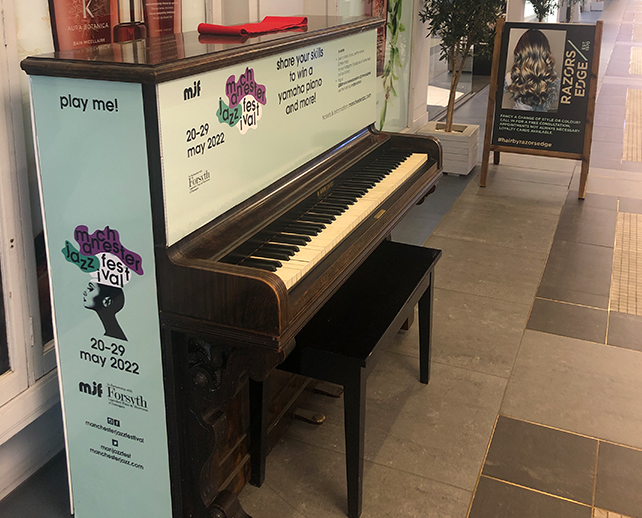 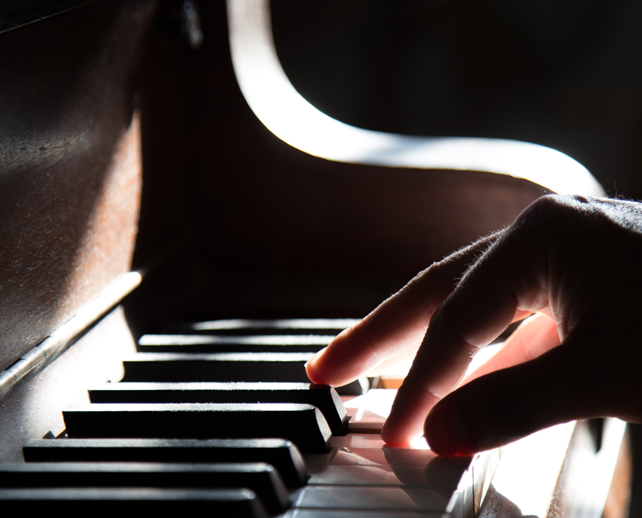 Pianists invited to play at The Royal Exchange Arcade for a chance to win!

The city-wide mjf Piano Trail runs from 5th to 29th May and sees 13 pianos located in key locations throughout the city, freely available for the public to play.

Organisers of the trail are searching for Manchester’s most innovative street pianists, with chances to win a host of prizes in the process. There’s an open invitation for aspiring pianists to pop by and show off their talents by tinkling the ivories on a piano, one of which will sit inside The Royal Exchange Arcade.

Amongst the many prizes up for grabs is a beautiful gift from Jenny Jones Jewellery, the stunning independent jewellery store located in The Royal Exchange arcade. The lucky winner will be able to pick from a choice of a contemporary pair of saxophone cufflinks or the exceptionally apt ‘Soul Stone’ necklace.

To be in with a chance to be named one of Manchester’s best street pianists and win one of the prizes on offer, simply find one of the pianos in the trail, capture a short video of your performance and post the video to your Instagram, Facebook or Twitter account, tagging in @manchesterjazzfestival / @manjazzfest and using the hashtag #mjfpianotrail

An Extra Chance To Win

Simply tag @royalexchangemanchester (Facebook and Instagram) or @TheRoyalExMcr (twitter) when you upload your piece to social and you’ll be entered into a prize draw to win £100 to spend at a store, café or restaurant of your choice at The Royal Exchange (excludes the theatre and Rivals bar)

It doesn’t matter if you’re a complete novice, or an award-winning concert pianist…everyone is welcome to have a go!

The mjf Piano Trail prizes up for grabs are:

The Royal Exchange Manchester prize up for grabs is: